Tooth be or not tooth be?

home > Otago Museum Blog > Tooth be or not tooth be?

Just like we do here at the Museum, the Otago Hospice shop occasionally gets strange items dropped off to them.

In a recently donated box of children’s toys, Hospice shop staff were surprised to find what appeared to be a large scrimshaw whale tooth! Curious as to whether it was faux-shaw or for-real scrimshaw, they brought it here for the Collections and Research team to look at. 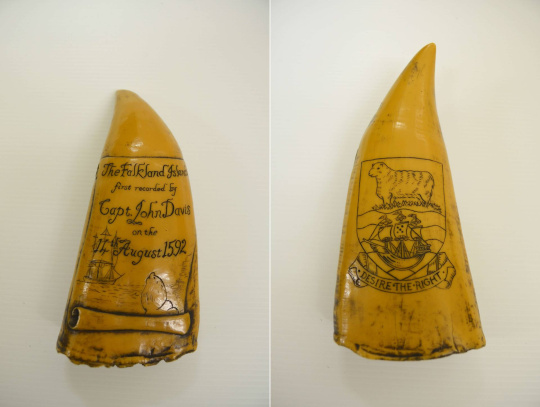 Hospice tooth deposited for identification (showing both sides of the tooth)

Whalers cruising around the Pacific in the mid-1700s are credited as the originators of scrimshaw. The roots of scrimshaw are believed to have been based in the practice of carving the leftover bits of whale bones and teeth into tools. This could have been born out of necessity or boredom – or perhaps was an idea picked up from Pacific inhabitants whalers met during their travels.

By the 1860s, scrimshaw had developed into the popular artistic hobby. Bone and teeth were etched with intricate images, boldly brought to life by impregnating the engravings with black inks or charcoal. Early scrimshaw was not particularly valued at the time, but as years passed, it became symbolic of life at sea and its value grew. It became a popular item to collect, sell, trade or gift, and pieces often became highly treasured by their owners.

End of an era

Collectors' demand for scrimshaw exceeded supply by the 1960s. The decline of whale populations forced many industrial whaling operations to close, and newer technologies replaced the need for whale products. Fakes and copies of scrimshaws flooded the market, which were of varying quality and degrees of authenticity.

In 1973 the Convention on International Trade of Endangered Species (CITES) prohibited the international sale and purchase of whale remains. This is still in effect today. All whale remains entering and exiting New Zealand (and other countries party to this convention) require a CITES permit.

So, given scrimshaw’s history – was the Hospice tooth the genuine article? 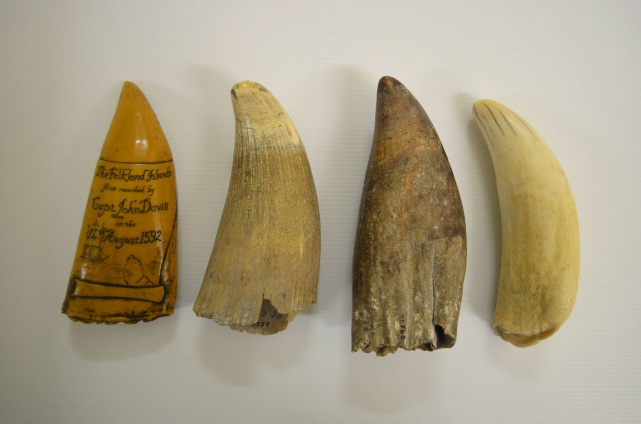 At first glance the hospice tooth is quite yellow, but it’s not uncommon for authentic ivory to develop a patina (yellowing) over time or for pigments to be applied for effect. The inscription relates to Captain John Davis’ discovery of the Falkland Islands, which occurred a long time before scrimshaw’s heyday. Authentic scrimshaw of commemorative events does exist, but it doesn’t necessarily indicate the date the item was engraved. 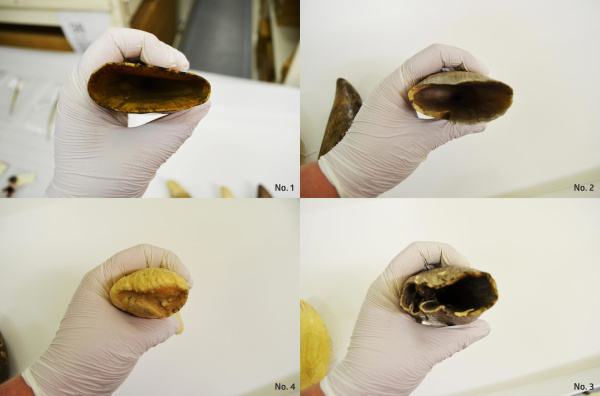 Root cavities and their natural edges can be quite variable. 1: the Hospice tooth; 2–4: cavities of other teeth in the collection

Our Research Officer Dr Carolina Loch examined the specimen and suggested using Raman spectroscopy. It’s a non-destructive chemical analysis technique that involves shining a laser at an item and analysing the light spectrum reflected. The reflected spectrum, when graphed, gives a visual signature indicating what chemical a substance is made up of. We then compare that data against the data of a known sperm whale tooth. If the graphed data from two objects match up, the items have a similar composition.

With the help of Professor Keith Gordon and PhD student Geoffrey Smith from the Department of Chemistry at the University of Otago, Carolina used the Raman technique on the Hospice tooth. 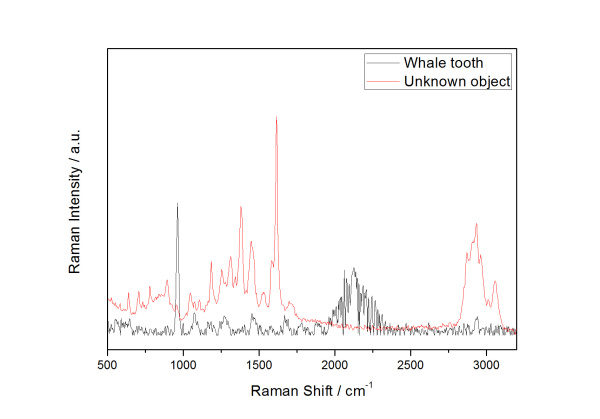 The results showed that the spectra of the Hospice tooth was very different from a real sperm whale tooth. It was missing the peak associated with phosphate, which is a fundamental chemical component of teeth and bones. The readout was also compared to several plastics and other materials the chemistry team have tested before, but we weren’t able to reach a conclusion on what, exactly, our mystery ‘tooth’ was composed of.

A microscopic examination showed small air bubbles across the surface. This, combined with the Raman analysis, suggests it’s made of some type of man-made resin, and is a faux-shaw.

But even if it isn’t real scrimshaw, it’s been a fun mystery for us to study. Another stellar entry for the 'people hand in the darndest things' tag. 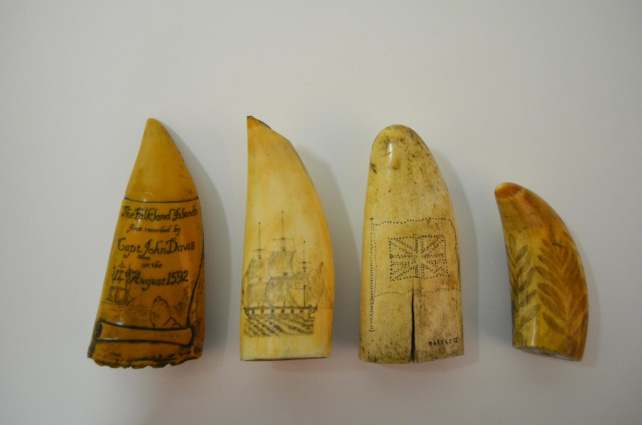