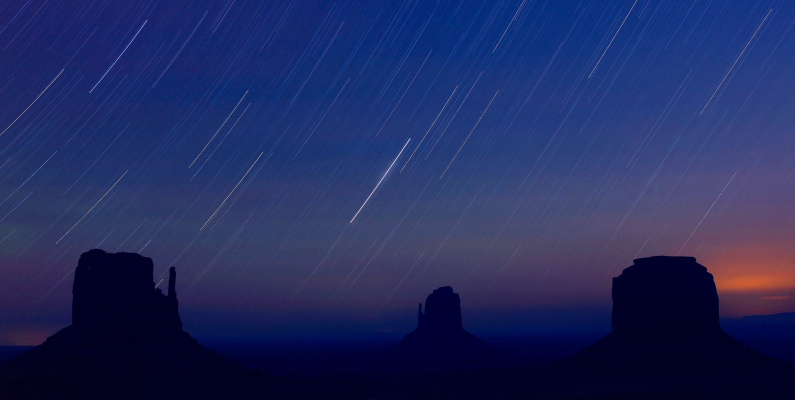 Welcome to the Sky Guide, your monthly guide to what's happening in the heavens!
Check out the printable version here: Sky-Guide-October-2020.pdf

In the eastern sky this month is the constellation Eridanus, a long, meandering line of stars representing a river. Eridanus is one of the 48 constellations that were categorised by the astronomer Ptolemy in the 2nd century. While it is quite a faint constellation, Eridanus is the sixth-largest of the 88 modern constellations.

To find Eridanus, search for the brightest star in the constellation, Achernar, which will be high in the southeast – below this star, to the eastern horizon, is Eridanus.

Achernar is quite a peculiar star because it is spinning unusually fast, causing it to flatten and bulge out around its equator. This behaviour makes it the least spherical star studied in our galaxy.

Visible in the sky for most of the night this month is brilliant Mars, shining brightly with a red tinge. This year, October is a particularly good time to view Mars because it is positioned directly opposite the Sun, with the Earth located in between the two. This is known as opposition, and for the planet Mars it occurs once every 26 months. This time around, the opposition falls on 13 October. Mars will gradually become brighter in the night sky, eventually outshining Jupiter.

Earth is closer to the Sun than Mars, and as such, we orbit around the Sun faster than Mars does. As the orbits of these two planets are different, sometimes they are far apart, at opposite sides of the Sun, and sometimes they are close to one another, on the same side of the Sun. This relative proximity changes how bright Mars looks in our night sky – when far away it appears faint, but when close, like it is now, it appears quite bright.

From the perspective of our spinning Earth, Mars will rise in the east around the same time as the Sun sets in the west. Throughout the night it will pass across the sky just as the Sun does during the day, eventually setting in the west before the Sun rises again in the east.

From 2 October to 7 November, the Earth will be passing through a stream of debris left behind by Halley’s Comet, resulting in the Orionids meteor shower. The shower is expected to peak between 20 and 21 October, which is ideal timing as the Moon will set below the horizon early in the evening, allowing for excellent viewing in dark skies.

The Orionids will radiate from next to the constellation Orion, close to its second-brightest star Betelgeuse, a red supergiant. At this time of the year Orion will not rise above the horizon until midnight, and will be visible high in the northern sky during the early hours of the morning. As such, the best time to view the meteor shower will be in the hours just before sunrise. While the meteors will originate from the same point, they will streak from this point in all directions, so can appear in all parts of the sky.

Halley’s Comet, the origin of the Orionids, is the only comet visible to the naked eye. It can be seen twice within an average human lifespan, due to its roughly 75-year orbit.