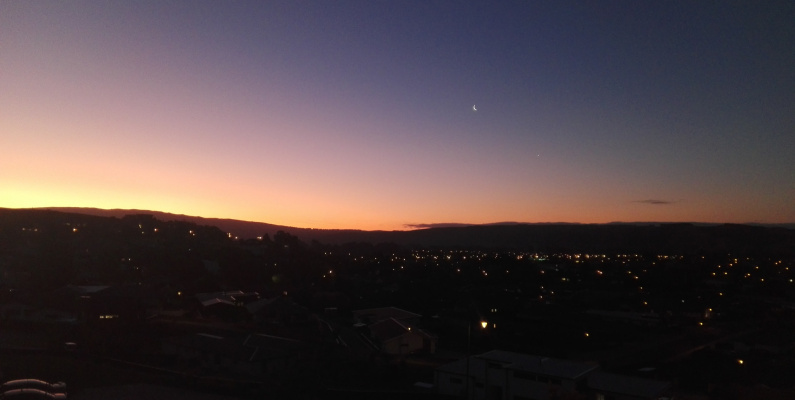 The pre-dawn sky in the second week of April sees the planets Jupiter, Saturn and Mars in a bright row high in the north-east sky, and Mercury hovering faintly over the eastern horizon. These are four of the planets known to the ancient world, and we should add the full Moon, setting over the western horizon and the Sun rising in the east to the list, as they were both counted as planets too. Missing from the ancient list of the seven planets is just Venus, but she can be seen trailing the Sun at sunset at this time.

The astronomers of ancient Babylon seem to have been the first people in the western world to recognise that certain stars were not fixed in their course around the night sky. Most stars, they saw, circled across the night sky on the same paths, always rising and setting at the same points on the horizon, but doing so at gradually different times of the night and day through the year. They used this regularity to construct calendars.

But seven ‘stars’ acted differently. All of these attracted special attention because in contrast to the so-called ‘fixed stars’ they moved on varying courses. It was the Greeks who called them ‘planets’, a name that comes from a word meaning ‘wanderers’, because of their variable motion. These celestial bodies still rise in the east and set in the west, but their courses across the dome of the night sky come with retrogradation, when they appear to move back on the their tracks before resuming their regular track, and stations, when they appear to stand still as they shift from forward motion to backward or vice versa. Eventually, as the Greeks worked out more precisely what the planetary motions were, they characterised this behaviour as  regularly irregular. However, much of what they knew of these motions was based on very old records of observations made by the Babylonians, which became part of the Greek inheritance when Alexander the Great conquered the Persian Empire in the fourth century BCE.

The Greek versions of these names appear in texts only from the fifth century BCE, when it looks like they first realised these ‘stars’ were indeed planets. The Babylonians, on the other hand, had known about this difference much earlier. The Venus Tablet, now in the British Museum and dating from the reign of Ammiṣaduqa, circa. 1646 – 1626 BCE, shows that recognition of this planet and close observation of its course occurred very early on indeed. That recognition had to take into account the fact that the Morning and Evening Stars were in fact one and the same, Venus. In contrast, it looks like the Greeks did not know this until the sixth century BCE.

A second system among the Greeks named the planets after their apparent brightness:

Phainon (Shining One) was Saturn; Phaëthon (Radiant One) was Jupiter; Pyroeis (Fiery One) was Mars; Stilbon (Glittering One) was Mercury; and Phosphoros (the Light-bringer) was Venus.