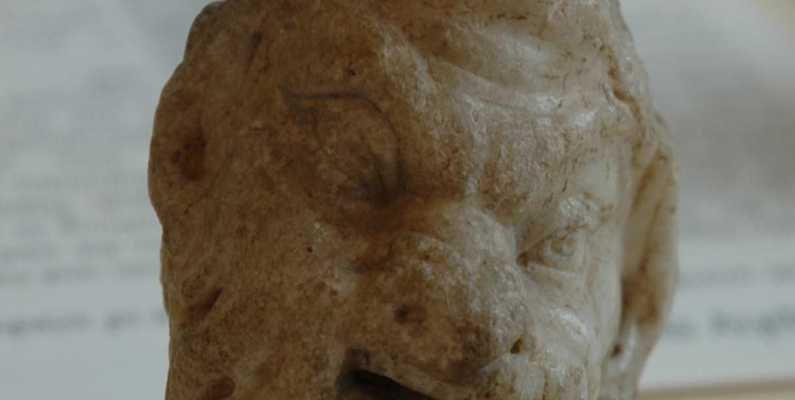 Today’s Myth Monday subject is the Greek god Pan (in Roman mythology, he is known as Faunus). Pan was a rural god of woods and pastures. He is shown in art as a satyr: a man with the legs, horns and beard of a goat, not unlike that of Mr. Tumnus from The Chronicles of Narnia.

As the protector of shepherds and flocks he was particularly worshipped by Arcadian shepherds in southern Greece, who believed his powers caused flocks and herds to multiply.

Pan has been involved in numerous myths in Greek history. He is credited with inventing the syrinx, also known as Pan-pipes – music was often an activity of shepherds.

One day Pan came across a beautiful wood nymph by the name of Syrinx, and he found her very alluring, so he thought he would try his luck and woo her. She was very clear that she was not interested in his attention, but he would not take no for an answer, so she was forced to flee.

When she reached her sister’s they were disgusted by his pursuit, and decided that the only way for her to escape was for them to turn her into a reed and hide her in a clump of the plants (clearly the only solution). Their hope was that he would not be able to tell which reed was her, however he took a number of the reeds, and cut them into seven varied sizes. He tied them together from longest to shortest, creating the musical pipes. He called them the syrinx after the beautiful nymph who rejected him.

FUN FACT: Pan’s angry shout could inspire fear in both people and gods, thus the word panic derives from the god's name.