We’re excited to have Anna Perdibon and Peter Zilberg doing research at OM this week. They’ve travelled quite a way to be here – they’re both PhD students at the Hebrew University of Jerusalem.

They’re here to work on our cuneiform collection, which is actually the largest one (that we know of – it’s possible a cagey collector is hiding away a larger one somewhere) in the southern hemisphere. Who would have guessed, right?

The Otago Museum ended up with a lot of unlikely objects in its collection due to adventurous, far-ranging and/or wealthy benefactors in our past.

This week, Anna and Peter are looking at a medical piece with prescriptions to ward off the Lamaštu-demon. This demon was believed to attack women in childbirth and newborn babies. 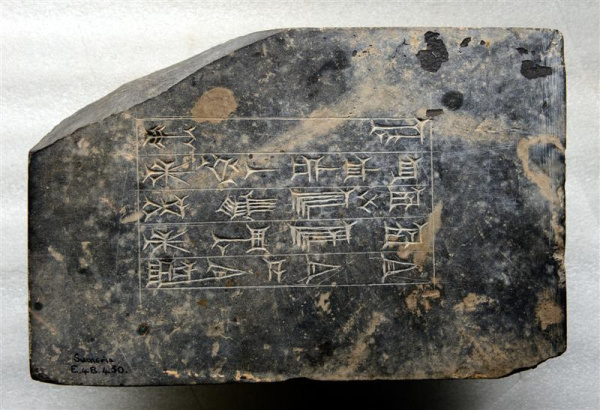 Anna and Peter’s PhD supervisor is Professor Wayne Horowitz, who’s also visited us to study our cuneiform. He previously translated several inscriptions, including one of only five known inscriptions of Hašmar-Galšu, a ruler of the ancient Sumerian city of Nippur.

It’s all part of the Cuneiform in Australia and New Zealand (CANZ) project, which aims to translate all cuneiform inscriptions in known New Zealand and Australian collections. Cuneiform was the writing system of Ancient Mesopotamia. It was used throughout the Ancient Near East from before 3,000 BC up until to the first or second century AD. It’s a pretty cool project – you can check it out here.