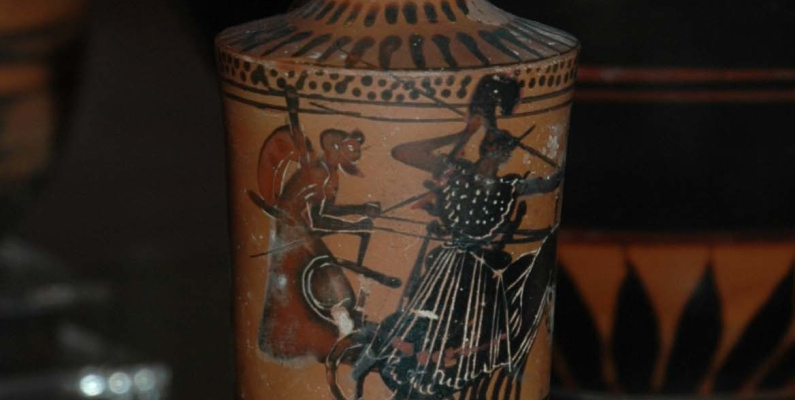 Athena has to be one of the most badass goddesses of Greek mythology. Not only is she a war goddess, she is also the goddess of wisdom, and handcrafts. Athena has multiple personas and her name changes depending on which role she is filling for her people. For example, as a war goddess she is called Athena Promachos, but as a goddess of handcrafts, she is called Athena Ergane. She is also known as Pallas Athena, Athena Parthenos, and the Lady of Athens.

Athena is the patron goddess of Athens. This means that the safety and health of the Athenian people is her responsibility. As the patron goddess she is known as Athena Parthenos – Athena the Virgin – and she bested Poseidon, the god of the sea, for patronage of the city by creating the first olive tree.

Her patronage was celebrated in a festival known as the Panathenaic Games. In these games, men would compete in a range of musical, athletic, and equestrian events to show their strength, wisdom, and virility. Winners would be awarded with Panathenaic amphorae filled with oils. Olive oil was the most expensive of the oils, and therefore the reward for the best competitors.

Athena has played a crucial role in many myths of Greek history. Her birth itself is an important myth: her mother was Metis, a goddess of wisdom, and her father was the king of the gods, Zeus.  Zeus learned that the offspring he would have with Metis would be wiser than him and feared that their child would overthrow him. Indeed, this was a real threat as Zeus himself had overthrown his own father Kronos. To solve this, he swallowed Metis whole, but she was already pregnant. She gave birth to Athena inside of Zeus. Athena grew up and became too big and popped out of Zeus’ head, like a go-go girl out of a cake. Myth says she was fully dressed in her iconic armour, with a plumed helmet. Ironically, Athena became one of Zeus’ favourite children.

Athena is a patron of heroes, as they are often amazing warriors, such Herakles (also known as Hercules) and, most notably, Odysseus. In Homer’s Odyssey, Athena favoured Odysseus for being cunning in his battle strategy (in the battle of Troy, it was his idea to use the Trojan Horse). She aids him multiple times in his 10-year journey home, even going to Zeus for help when Poseidon tries to stop Odysseus returning home.

Fun fact: According to mythology, Athena invented the flute, but when she played it her cheeks puffed out, disfiguring her face, so the other gods made fun of her.