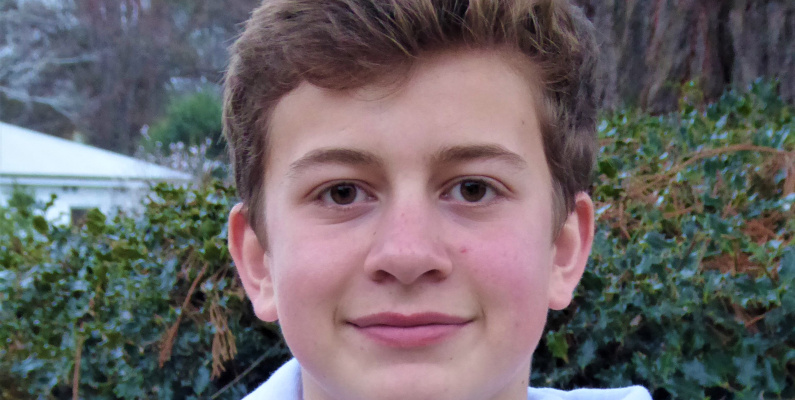 I am very pleased to be able to contribute to the Science Journeys: Climate Change exhibition project. I have an interest in sustainable architecture and figuring out how to build commercial buildings and housing using zero carbon materials. Last year my friend and I did a science fair project that investigated carbon sequestration in different tree species because we wanted to find out which trees sequestered the most carbon and would be good species to recommend for future planting in Dunedin.

Carbon sequestration is a process whereby carbon dioxide is taken in by plants and trees during photosynthesis and is stored as carbon in biomass (trunks, branches, foliage, roots). Carbon can also be stored in soil, geological formations (e.g. rocks) and the ocean. Since increased amounts of carbon dioxide present in the atmosphere is known to be associated with global warming, these trees are therefore important in helping reduce carbon dioxide levels. The science fair project evolved because I had read an article about zero carbon wood products that have been created for building skyscrapers and it got me thinking about how a tree could be ‘zero carbon’, and whether some trees are better at it than others. We chose to measure carbon sequestration in five species that thrive in the Dunedin Town Belt - English oak, silver birch, totara, Douglas fir and English elm. We hypothesised that the tallest tree would sequester the most carbon and our findings supported this. Our results showed that it was the total mass that mattered the most, as far as carbon sequestration goes, which lead us to conclude that there is a relationship between total tree mass and amount of carbon sequestration where, the greater the mass of the tree, the greater the amount of carbon dioxide sequestered. But there are other factors to consider. Even though the English elm was the tallest tree and was measured as sequestering the most carbon compared to the other species studied, the totara was not far behind and was actually the tree out of the five species that we recommended to plant for carbon sequestration. This is because the English elm can be affected by Dutch elm disease and the totara lives longer and takes longer to reach maturity than the English elm so it is sequestering carbon for longer overall.

When I was asked if I would be interested in taking part in designing a Climate Change exhibition, I thought it would be a really good opportunity to help young people to understand what we need to do to protect our local environment and community and how it will help the rest of the world as well. As young people, we are a new generation who can develop good habits that will preserve our planet and hopefully slow down climate change. We are lucky because there has been more focus on the science of climate change over the last few years so we are better informed about how human actions contribute to the problems that our world faces, and with this knowledge we can make better decisions about how we live in the future. I think that it is an exciting time for the world because we can change bad habits and improve the lives of people, animals, plants, and the overall health of our planet.