Some fun in the sun

home > Otago Museum Blog > Some fun in the sun 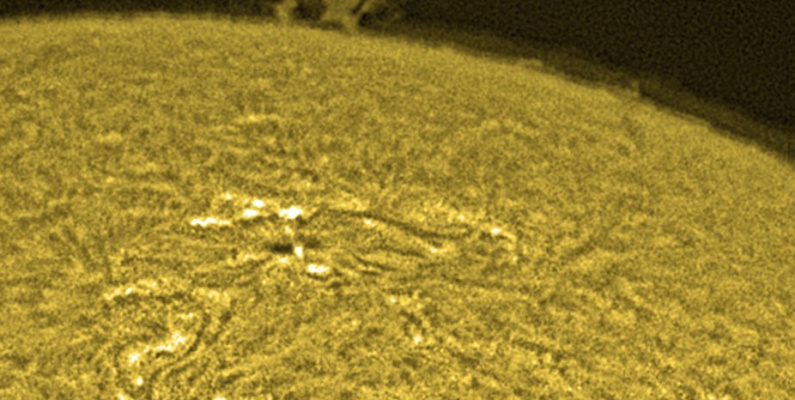 As the run of poor night-time weather has continued here in Dunedin, since the turn of the year I’ve had to resort to daytime observing to get my fix of astronomical excitement. Luckily despite my ongoing nocturnal misery, Dunedin’s long summer days (this week nearly fifteen hours between sunrise and sunset) have occasionally stayed clear long enough for me to point a specially-equipped telescope at our nearest star.

As I’ve mentioned previously, you must never look directly at the sun through a normal telescope or binoculars as you will damage your eyes. However, there are types of telescope (called solar telescopes) which allow for safe solar viewing. In my case, I have access to a very special telescope which only passes a thin red sliver of the electromagnetic spectrum emitted by ionised solar hydrogen atoms.

Observing the sun in red hydrogen light is addictive. Even a small telescope reveals beautiful dynamic structures on and around the solar disc. For example, early last Sunday morning I spent an enthralling hour watching material in a large solar prominence, a magnetically suspended gas cloud, slowly fall towards the sun’s surface. This week’s image was taken during this engaging spectacle.

Unlike night-time observing (when it’s best to study your target when it’s high in the sky), I’ve captured some of my best views of the sun relatively early in the morning. This is because as the sun gets higher in the sky it churns up the atmosphere, making for blurry views of its features.

Recently I’ve noticed a relative dearth of spots on the sun’s surface; this isn’t surprising as over the next few years we are heading towards a period called “solar minimum” a low period in the 11-year solar cycle when the number of sunspots decreases substantially, and solar activity reaches a natural lull. However, despite the lack of spots, the ever-changing solar surface still makes it a source of fascination for stargazers like me. 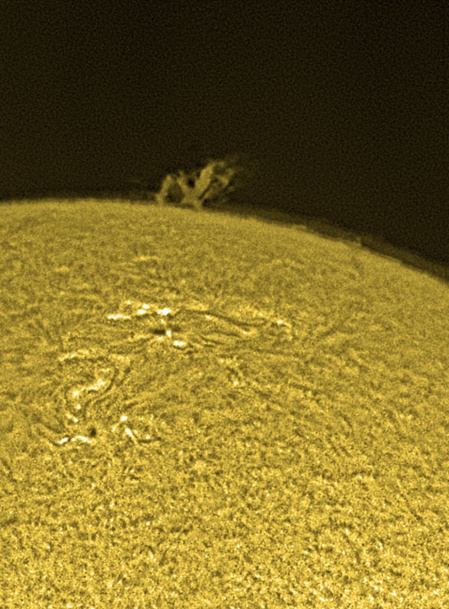