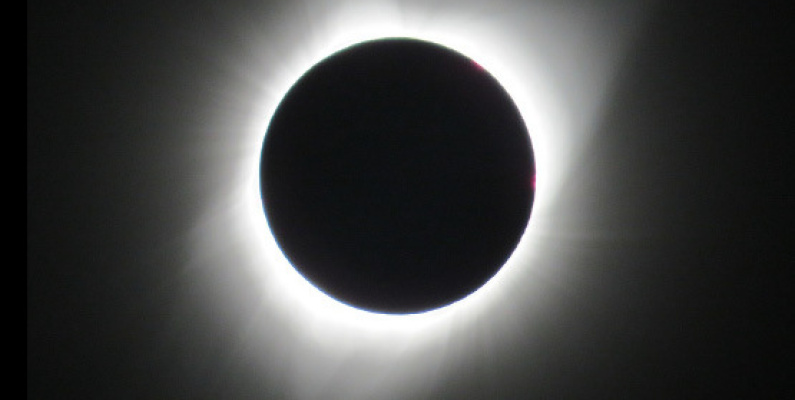 A planetary transit can be thought of as a particular type of eclipse, similar to solar eclipses. The reason solar eclipses are so striking to us is because the Sun and the Moon have nearly equal relative sizes in the sky when viewed from Earth. When the Moon passes perfectly between the Earth and the Sun, most of the Sun’s light is blocked out, and we get a few moments of darkness in the middle of the day. The inner planets, Mercury and Venus, are the only planets that can transit the Sun, as they are the only ones that pass between the Sun and the Earth. However, these planets appear much smaller than the Moon in our sky so when they transit the Sun it is nearly impossible to see them without special equipment.

Johannes Kepler (1571-1630) predicted that in 1631 both Mercury and Venus would transit the Sun within a month of each other. Nobody had ever observed a planet transiting the Sun before, and Kepler sent the news to astronomers all over Europe, telling them to carefully watch the sky around his predicted dates. Unfortunately, when Mercury was due to make its transit, Europe was plagued by storms that blocked out the Sun in most places. The only astronomer to observe the transit, and make detailed observations, was Pierre Gassendi (1592-1655), who watch the transit by projecting a 20cm image of the Sun from his telescopes viewfinder onto a white screen. 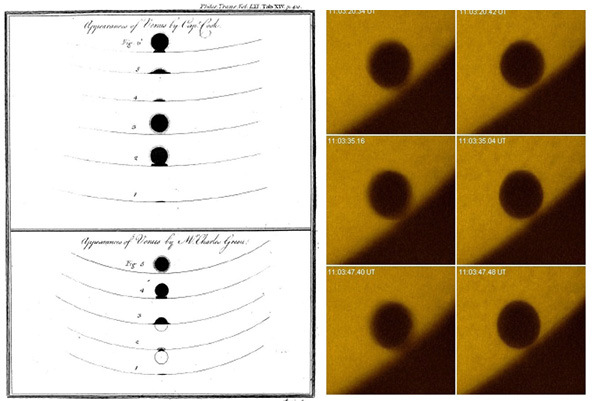 The transits of Mercury and Venus hold interesting significance in astronomical history. When viewed from different locations on Earth, the transits occur at slightly different times, an effect called parallax. By recording precisely when the transits either begin, or end, in different places on Earth, astronomers are able to calculate the distance from Earth to the Sun (known as one astronomical unit). This information could then be used to calculate how far other planets are from us. This was the public goal of Captain James Cook’s trip to Tahiti and New Zealand in 1769. However, due to something called the ‘black drop effect’ where a small black ‘teardrop’ appears to connect the planet’s disc to the edge of the Sun, Cook’s observations from across the globe were not usable.