My time aboard SOFIA

At 5pm last Sunday, just like thousands of other passengers, I boarded an aircraft at Christchurch airport. However, unlike every other journey I’ve made previously from Otautahi, my destination wasn’t Dunedin, nor indeed Wellington or Auckland. 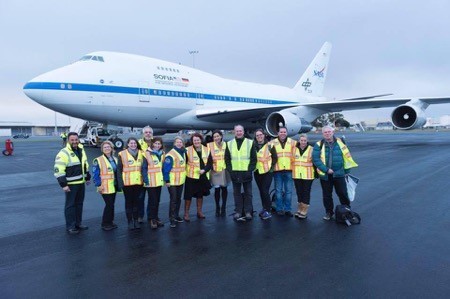 Instead, thanks to a kind invitation from American Ambassador Mark Gilbert, I joined a crew of 30 astronomers, technicians, teachers, observers and (most importantly) NASA test pilots, to board SOFIA, the Stratospheric Observatory for Infrared Astronomy (SOFIA), a $1 billion (US) dollar US/German flying observatory destined to take us into the stratosphere, at a height of over 12km over the southern ocean. At this altitude, more than 99.8% of the water vapour in Earth’s atmosphere is below the observatory’s 17 ton telescope. This allows it to study astronomical targets at infrared wavelengths that this same water vapour absorbs and makes invisible from the ground. 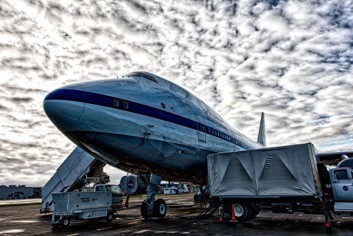 During a rather scary pre-flight briefing, everyone flying on SOFIA was given instructions on how to use the various safety systems on the highly adapted aircraft. An example of how different it is to fly on SOFIA compared to a “normal” airliner was that during the flight, when we were walking around the aircraft we had to carry a special pouch containing an inflatable anti-smoke hood and oxygen system. At the end of the briefing I got to meet Manny and Troy, two of the three-man piloting team who were going to fly our mission, so I had to grab a selfie! It’s not every day you fly with NASA test pilots! 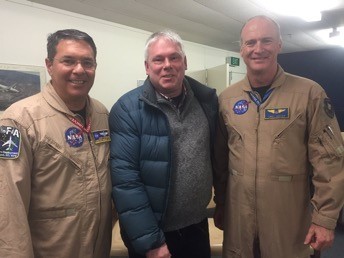 Our mission was to study a variety of objects in the southern sky using the largest telescope in New Zealand (a title temporarily wrangled from the Mount John Observatory at Lake Tekapo during SOFIA’s time in New Zealand).  We took off at 5:49pm, and for the next ten hours I was the astronomical equivalent of the cat that got the cream, as I marvelled at the capabilities of the skilled team operating the specially converted Boeing 747SP aircraft.

Unlike most other aircraft, whose cabins remained sealed throughout their flights, shortly after take off a whole section at the rear opens to enable the sophisticated detector systems attached to the observatory’s 2.5m diameter telescope to capture scientific data. 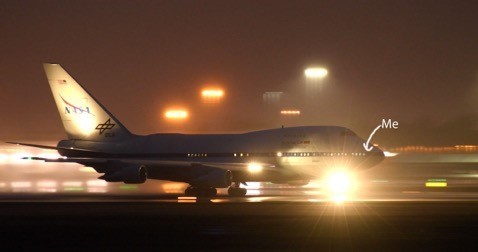 On our mission, astronomers were using SOFIA to study a number of interesting targets including Nova Sagittarius 2015 number 2, a binary star which brightened massively in 2015,  and also Eta Carina, a massive star system which may become a supernova at some point in the next few thousand years.  Since moving to New Zealand, Eta Carina has become one of my favourite objects in the sky.  I’ve taken many pictures of it from my back garden, so it was exciting to peek over the shoulders of the astronomers to compare what their infrared cameras were seeing with my own ground-based pictures. 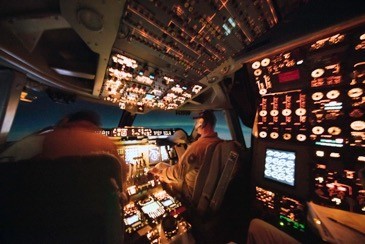 Accurately pointing SOFIA’s telescope at a moving target star from a fast-moving aircraft in a turbulent flight environment is a triumph of design, technology, teamwork and excellent planning. Put simply, whether on the ground or in the air, to find an object in the sky you need to move a telescope either up or down, and left or right. In the case of SOFIA, the on-board technical team control the “up or down” part of the pointing, while the aircraft pilots control the “left or right” part.

On this flight there was constant communication between the pilots and technical team to ensure light from the celestial targets was placed accurately on the sensitive infrared camera system being used by the onboard astronomers to study their celestial prey. The resulting flight paths for SOFIA missions are therefore mixtures of long gentle curves or straight lines separated by sharp turns when a new target is selected. You can see this on the flight plan (here’s a copy). 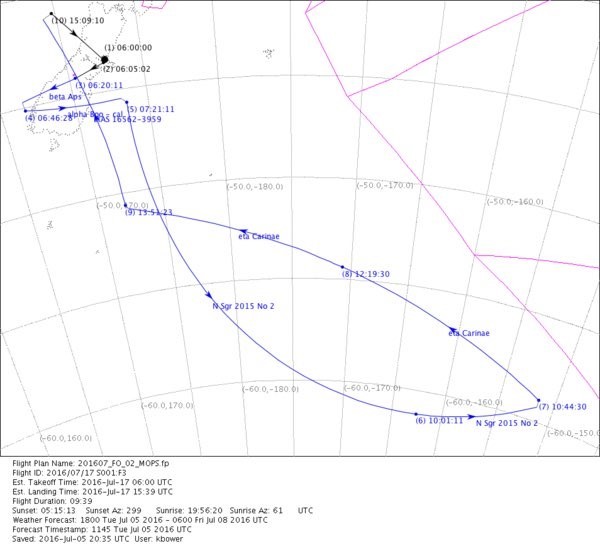 During our mission we got as far south as 62 degrees, and we crossed the International Date line twice. So in 10 hours SOFIA actually "visited" 3 different days (the flight took off on 17 July in NZ, crossed the date line back to 16 July where we stayed past midnight  which meant we were back into 17 July, after which we re-crossed the date line and it became 18 July!) On this mission I set personal records for both the highest I’ve ever flown (43,000 feet) and furthest south I’ve ever visited (62 degrees south!)

While the science being done on SOFIA was compelling, I have to confess to spending much of the flight taking pictures out of the window.  I visited the flight deck, and got some pictures of an extraordinary display of the aurora australis, and then had stunning views as SOFIA descended into Christchurch. 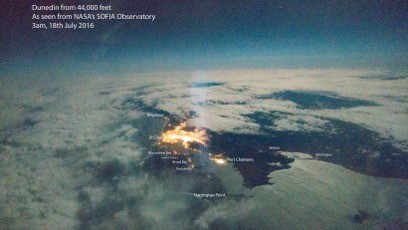 On the final leg of the flight we were at 44,000 feet (13km) which is much higher than most airliners fly, and I also managed to get some pictures of Dunedin and the Southern Alps on a night when moonlight was very bright.

To be honest, despite landing back at Christchurch at 3:30am on Sunday my feet still haven’t touched the ground!