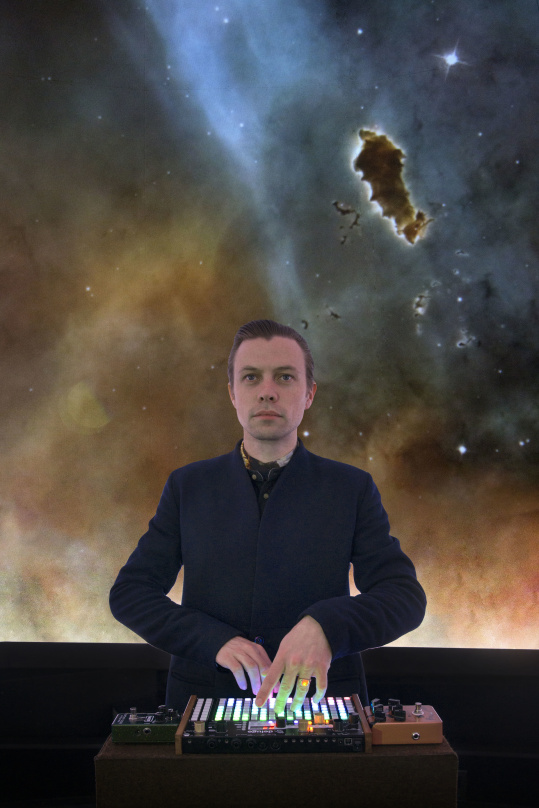 The Perpetual Guardian Planetarium at Otago Museum will become the synthesized universe of songwriter and performer Anthonie Tonnon for a season of shows during the New Zealand International Science Festival in July.

Tonnon, who grew up in Dunedin, has been a finalist for both the Taite Music Prize and the APRA Silver Scroll, and has developed a reputation as one of Aotearoa’s most innovative musicians. A chance meeting with Dr Ian Griffin, Director of the Otago Museum, led to the idea last year, and the show has been in development for the last few months.

Tonnon says, “When Ian introduced himself to me at the merchandise desk of one of my shows and suggested I perform at the Museum, little did I know that he had much more in mind than a change of venue.”

“Creating a show for the planetarium has become a full artistic and technological collaboration with the digital creative team of Oana Jones, Andrew Charlton and Nick Yeats. We've been grappling with questions like, ‘How do we perform to people sitting at a 30° angle?' 'How can we use celestial bodies as stage lighting?' and of course, 'Which area of the known universe goes with this song?'”

With the show to be held in the planetarium, Tonnon’s engaging, one-person style will be expanded into a 360° experience, with an immersive digital environment part of the performance. “What I think we're coming to, is a new way of thinking about what a 50-person live music show can be - this will be live and performative, fully immersive and multi-sensory. In a time when performers compete with a new golden age of television, I think we've found something that beats it,” says Tonnon.

Touring widely around the USA, the EU and Australasia, Tonnon has developed a one of a kind show, which combines both electronic and traditional instrumentalism with theatricality, a surreal sense of storytelling and physical movement.

“The great thing about the timing of this show is that it comes just as I've shrunk my performance rig to be focused on just my Synthstrom Deluge (a new sequencer, sampler and synthesizer designed in Wellington) and my 1968 semi-hollow body guitar. The technical possibilities and small footprint of the Deluge make the music possible in such a unique space, while the surround sound of the planetarium means that unlike any regular gig I've done, I'll be hearing the same thing as the audience,” he says.

With five shows currently in preparation, the premiere event will take place at 7pm on Thursday 12 July, with the remaining four shows at 7pm and 9pm on the Friday and Saturday. Guests will have access to a fully licensed bar, and show merchandise will be available for purchase in the Beautiful Science gallery.

Tickets go on sale at 10am on Monday 14 May, and can be purchased on the Otago Museum website.