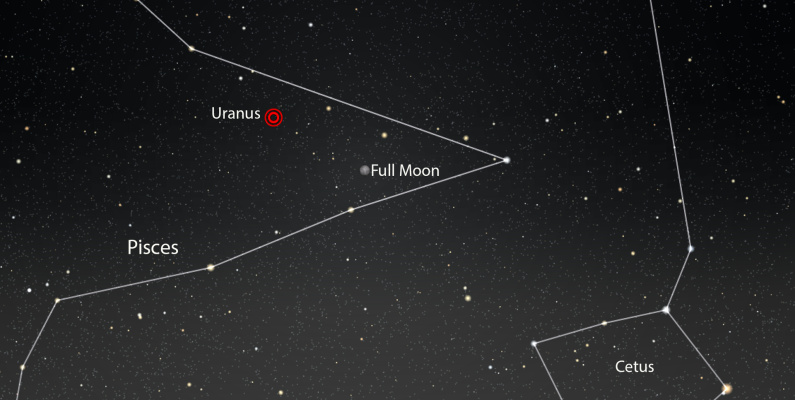 It’s full moon next Sunday 16 October at 5.23pm. Here in Dunedin, the moon will rise just after 8pm, and city dwellers should get a marvellous view as it slowly rises over the hills of the Otago Peninsula. Photographers should have their cameras ready for what will be, weather permitting, a lovely sight.

If watching the full moon rise doesn’t sound exciting enough to raise you from your post-prandial Sunday repose, how about if I told you this week’s full moon will in fact be a supermoon? Just 19 hours after the moon is full, at 12.47pm on Monday, our closest celestial neighbour gets very close indeed, when it reaches perigee, its closest point to the Earth. At that moment, the centre of the moon will be just 357,859km away from Earth’s centre. This means that this weekend’s moon will be 7% larger than an average full moon.

The actual distance between moon and Earth varies from a minimum of 356,500km to a maximum 406,700km at apogee (furthest point from Earth), resulting in a differential range of 50,200km during the course of the moon’s orbit. This means some full moons are bigger than others, and that’s why when full moon occurs near perigee it’s known as a supermoon.

On 16 October, the supermoon can serve another useful astronomical purpose, because that night it appears very close to the planet Uranus in the sky.

As our chart shows, at 10.30pm on Sunday night Uranus is just under five degrees (three middle fingers held at arm’s length) from the moon. Bright glare from moonlight will make Uranus difficult to see with the naked eye, but if you have a pair of binoculars, and scan the region of the sky indicated in this week’s chart, Uranus’ green hue should make it very easy to identify.

This week, Uranus is at its closest to Earth; however, it’s still an enormous distance from us, nearly 19 times our planet’s distance from the sun. The light you see reflected from Uranus, travelling at 300,000km per second takes 157 minutes to reach us. 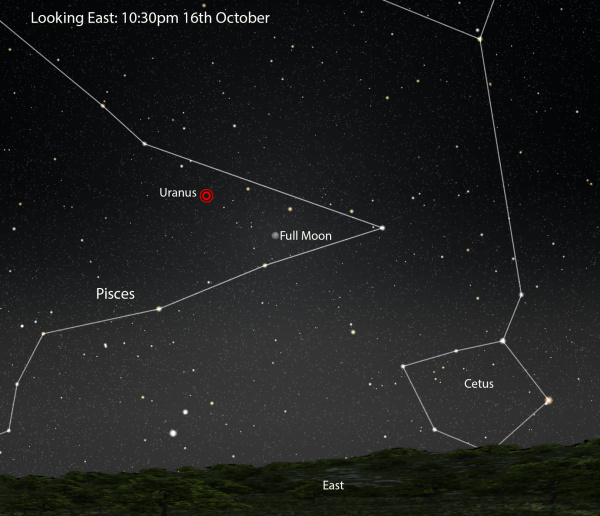