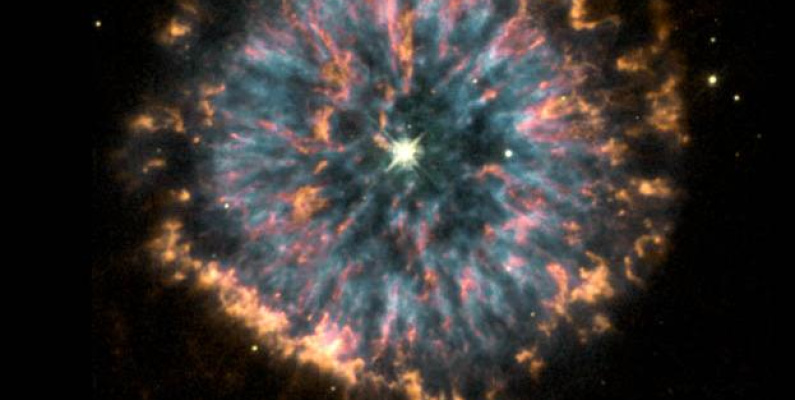 Welcome to the Sky Guide, your monthly guide to what's happening in the heavens!
Check out the printable version here: Sky-Guide-September-2020.pdf

The stars Vega and Altair are used to tell the Chinese folk tale of The Cowherd and the Weaver Girl. Vega represents Zhīnǚ, the weaver girl, and Altair represents Niúláng, the cowherd. There are many variations of this love story, the earliest known reference to the myth comes from around 2600 years ago.

One version tells that Zhīnǚ was a goddess that lived in the stars, working as a weaving maiden for her father, the Jade Emperor. Zhīnǚ was married to Niúláng, the cowherd. Their love was so strong that Zhīnǚ was distracted from her weaving duties. The Emperor was angered that his daughter had been neglecting her weaving duties for so long. As punishment he placed Zhīnǚand Niúláng on opposite sides of the heavenly river so they couldn’t be together. We see this river as the Milky Way, with Vega and Altair on either side. 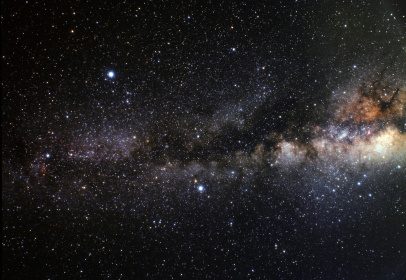 Image: Vega (top left) and Altair (bottom middle) with the Milky Way between them. NASA.

Once you’ve found the star Altair, you can join the stars around it to mark the constellation Aquila. This constellation is located along the Milky Way and, due to its position, there are many star clusters and nebulae to be found within its borders. Aquila is one of the 48 constellations that were described by the astronomer Ptolemy back in the second century, but earlier mentions of the constellations have been found in the third and fourth centuries BCE.

Aquila gets its name from the Latin word for ‘eagle’. According to classical Greek mythology, Aquila was said to represent a giant golden eagle that was Zeus’ animal companion, and was responsible for carrying his thunderbolts.

Within this constellation lies NGC 6751, pictured on the front cover. Also known as the Glowing Eye Nebula, this planetary nebula is believed to have formed several thousand years ago, when a star, nearing the end of its life, collapsed and threw off its outer layers of gas.

On September 27, daylight saving time will begin in New Zealand. At 2am, clocks will move forward one hour. This means that after we move into daylight saving time, sunrise and sunset will be an hour later than the day before. While this means we have to stay up slightly later in order to see the stars, we also gain that extra daylight time in the evening.

As our planet orbits the Sun, the hours of sunlight we receive each day changes. The purpose of daylight saving time is to make better use of the daylight hours we receive as we move into summer. Daylight saving time is not used worldwide. In countries that are located near the Equator, the sunlight they receive is largely the same throughout the year, so there is no need to change the clocks.