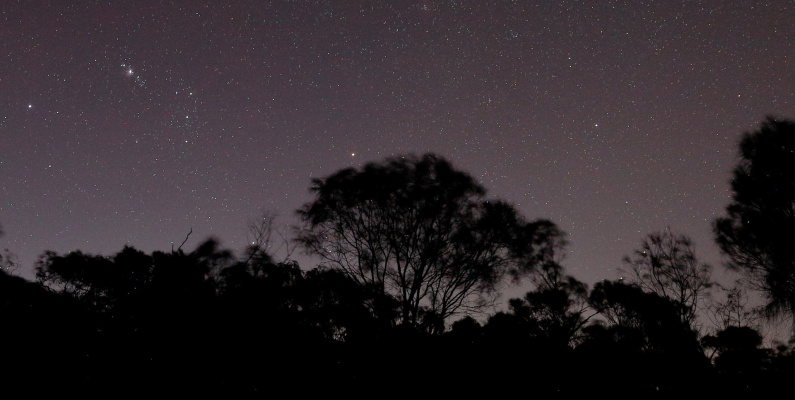 Welcome to the Sky Guide, your monthly guide to what's happening in the heavens!
Check out the printable version here: The-Sky-Tonight-March-2020.pdf

Conjunction of Saturn and the Moon

A conjunction is when two astronomical objects appear close in the sky as seen from Earth. The planets, along with the Sun and the Moon, appear to travel across our sky roughly following a path called the ecliptic. Each body travels at its own speed, sometimes entering ‘retrograde’ where they seem to move backwards for a period of time (though the backwards motion is only from our vantage point, and in fact the planets are still orbiting the Sun normally). Sometimes these celestial bodies will cross paths along the ecliptic line and occupy the same space in our sky, though they are still millions of kilometres away from each other.

At this time of the year, we can see the three brightest stars in the night sky. The brightness of a star as seen from Earth is measured as its apparent magnitude. Pictured on the cover is Sirius, the brightest star in our night sky, which is 8.6 light-years away. With an apparent magnitude of −1.46, this star can be found in the constellation Canis Major, high in the northern sky. Sirius is actually a binary star system, consisting of Sirius A which is twice the size of the Sun, and a faint white dwarf companion named Sirius B.

Sirius is almost twice as bright as the second brightest star in the night sky, Canopus, from the constellation Carina. Visible all year round, Canopus can be found high in the southern sky this month, with an apparent magnitude of −0.74. Despite appearing dimmer than Sirius, Canopus has around eight times the mass of the Sun, with its light taking almost 310 years to reach our planet.

The third brightest star, Alpha Centauri, is also the closest star system to our solar system at 4.37 light-years away. Also known as Rigil Kentaurus, this star has an apparent magnitude of −0.27, and can be seen at all times of the year in the constellation Centaurus, currently just above the southern horizon.

Because the Moon doesn’t orbit our planet in a perfect circle, its distance from Earth varies throughout its monthly journey. Each month, the Moon moves between being at its farthest position from Earth, which we call apogee, to its closest position to Earth, called perigee, only two weeks later.

This year, the Moon’s apogee will take place on 24 March. On this day, the Moon will be 406 692 kilometres away from us, compared to its average distance of approximately 384 400 kilometres. In this particular instance, the Moon being at apogee will coincide with a new moon, an event which is known as a micromoon. To us here on Earth, a micromoon appears about 14% smaller than a supermoon, which occurs when a full moon happens at perigee. 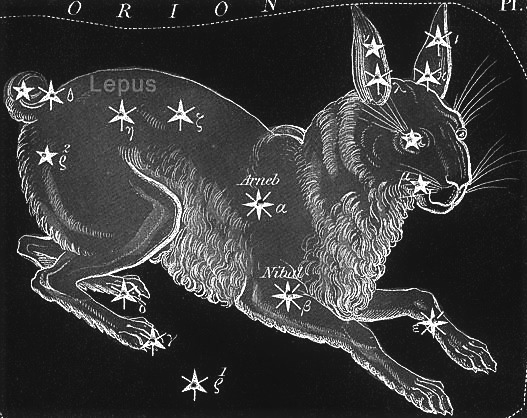 Conjunction of Saturn and the Moon [SA1]