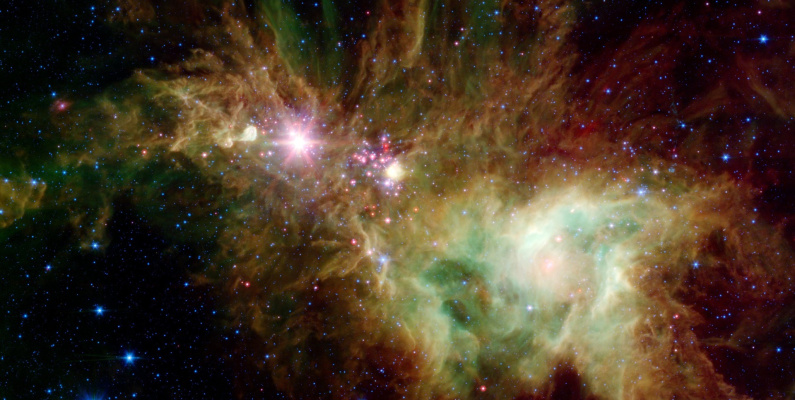 Welcome to the Sky Guide, your monthly guide to what's happening in the heavens!
Check out the printable version here: sky-guide-December-pamplet.pdf

As we enter summer, there are many connections to be seen between the night skies and J K Rowling ’s Harry Potter series. Sirius Black, Harry’s godfather, was named after the brightest star in the sky, Sirius. This star belongs to the constellation Canis Major, Latin for ‘greater dog’ and representing one of the huntsman Orion’s dogs. This star is nicknamed the Dog Star, which is fitting, as Sirius Black’s animagus form was a dog. Currently, Sirius is above the eastern horizon.

The Black family has many astronomical links. Orion Black was the father of Sirius, bearing the name of the constellation Orion, located next to Canis Major. Bellatrix Lestrange, Sirius Black’s cousin, receives her first name from the star that marks Orion’s left shoulder. These stars can be found in the Northeast, close to Canis Major.

One character with a connection to both astronomy and New Zealand is Merope Gaunt, the mother of Lord Voldemort. Her name originates from the star Merope, one of the ‘seven sisters’ in the Pleiades star cluster, known as Matariki in New Zealand. The rising of Matariki in the early winter mornings signals the beginning of the Māori New Year, but it can also be seen during the summer nights. Look for a fuzzy, bright cluster of stars in the northern sky.

This year, the summer solstice will occur here in Dunedin at 5.19pm on December 22.

In the Southern Hemisphere, the summer solstice happens when the South Pole reaches its maximum tilt toward the Sun. This is when the Sun reaches its highest position in the sky and marks the day with the longest period of daylight. This day will be 7 hours and 5 minutes longer than the winter solstice, our shortest day of the year. Summertime can make stargazing difficult as you have to stay up quite late to be able to see the stars, but the warm nights and clear skies can make this worth it.

Throughout next year, we will host stargazing events to mark the equinoxes and winter solstice – keep an eye out for these over the coming months.

Taken from the Greek name for unicorn, the monoceros is a one-horned creature represented by a constellation that you can currently see in the eastern sky. As it is a relatively faint constellation, you will need to be away from any light pollution in order to see it clearly. Monoceros can be found nestled between Orion and his two hunting dogs, Canis Major and the smaller Canis Minor.

Look towards the northeast, where you can spot Orion, the three bright stars in a row. Directly below this, you’ll find Betelgeuse, and then look to the east to find Sirius, the brightest star in the night sky. Below these two is Procyon, from Canis Minor. Draw imaginary lines between Betelgeuse, Sirius, and Procyon, making the shape of a triangle. Inside this triangle you’ll find most of the constellation Monoceros. 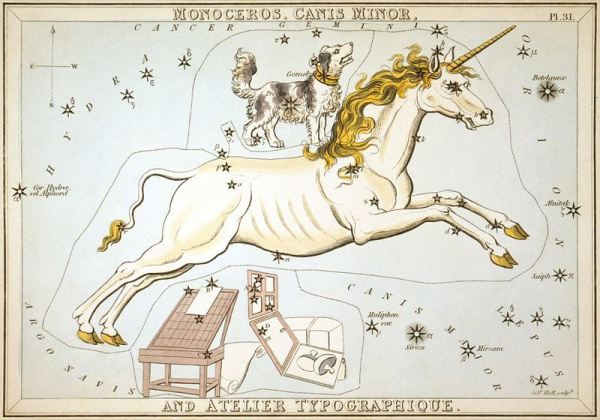