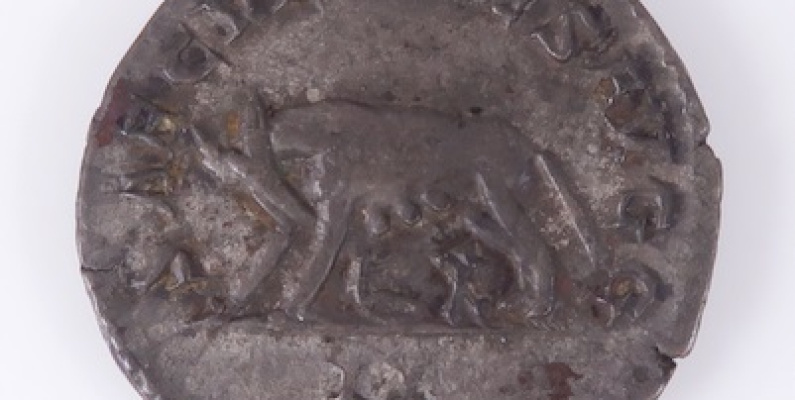 With the Museum of Broken Relationships open in 1877 Gallery, one of our Honorary Curators, Robert Hannah, is here to tell us a broken relationship of the classical variety!

Things between us had started well enough, considering. Sure, we’d been abandoned as babies – well, more like left to die in the open, by our grandad’s brother, Amulius, who had deposed Grandad, Numitor, from the throne of Alba Longa in Italy. Amulius didn’t want to risk having family come back to retake the throne and doubtless do him in, so he had me and my twin brother Romulus trussed up in a basket and left to float down the flooded river Tiber.

But we were children of a god – the war god, Mars, no less – so things couldn’t stay bad for long. Our basket washed up on the river bank. Then the story gets a bit weird, but hey, don’t knock miracles! A wolf happened along, found us, and took us to her den. There she suckled us (I said it got weird!), and saved us until the king’s herdsman, Faustulus, discovered us and took us in with his wife and family. Above is a picture from the family album, showing the two of us with the wolf.

All was going well for a while – we grew up, and got on well with the local lads, and led them against wild animals and robbers. But I got captured by some of Grandad’s men, and when my brother came to rescue me, Numitor recognised us as his daughter’s kids and his own grandkids. So we put our heads together and worked out how to get him back on the throne. We did away with Amulius, and made Grandad king again.

So far, so good, you might think. But remember, we were twins, and twins can be the competitive sort. That’s not a problem if you're competing with outsiders, but it sure is if it's with your own brother. We wanted to build ourselves a new city, but could we agree on where it should be?! I wanted it on the Aventine Hill, but Romulus thought the Palatine Hill would be a better place. So we agreed to let the gods decide, by watching for flights of birds. I thought I must have won the contest when I saw six vultures. I mean, six of the things! But then Romulus comes along saying that’s nothing, he’d seen TWELVE!!

So Romulus gets to build the city on the Palatine Hill. He goes all ritualistic with it too, putting a bullock and a heifer to the plough and marking out the borders of the site with a furrow. Talk about taking things too seriously!

This was on the 21st of April, so this was the birthday of the new city, which was called ‘Rome’. They still are – the date, and the name.

Anyway, Romulus started to put up a wall along this border. I thought things needed lightening up a bit, so I jumped over the wall. My bad. He saw red, and I was history...  ancient history.

If you would like to see the stories of other broken relationships, come along and check out the Museum of Broken Relationships, the free exhibition on now.