Planets in the evening sky 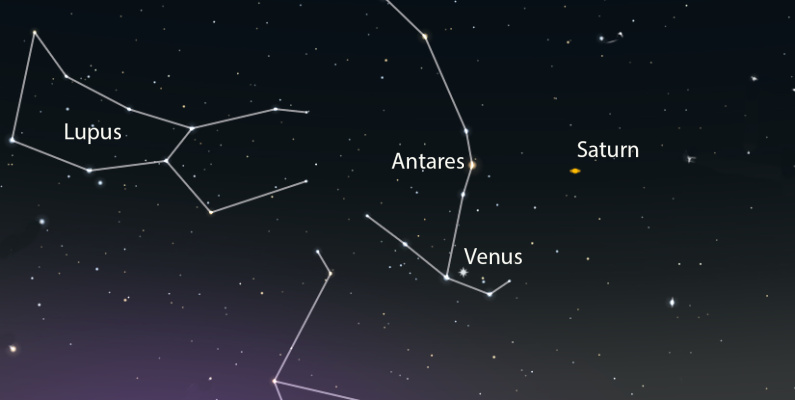 I’m certain that my commute along Otago Peninsula from Dunedin to Portobello is one of the world’s best. After three years of making the journey twice daily, the constantly-changing outlook across the harbour is still awe-inspiring, even on days which are grey and overcast. Last week, after giving an early evening talk to the delightful folks at the Taieri Garden Club in Mosgiel my trip home was made even more inspirational than usual thanks to the beautiful sight of the planet Venus in the western sky.

In fact so distracting was the vista, with Venus seemingly hanging above the lights of our fair city, I had to pull into the car park in Macandrew Bay to fully enjoy the moment. Of course my astronomical diversion would have been considerably enhanced without the dodgy dome light pollution emanating from Dunedin’s horrible unshielded streetlights; but I digress.

As our chart shows, with the moon reaching last quarter phase on Sunday and rising later each evening, this week is a great time to spot Venus. The second planet from the sun is located in the head of the constellation Scorpius the Scorpion. Once the sun has set, Venus will be the first “star” you see in the western sky, shining brightly in the dusk. Directly above Venus, the bright star Antares (which the Māori called Rehua) should also be obvious once the sky is dark. To make this part of the sky even more interesting, the planet Saturn can be found less than seven degrees to the right of Antares. During the course of the evening, this lovely grouping will slowly descend towards the western horizon, with Venus setting roughly half an hour before midnight.

Scorpius is one of the most distinctive constellations, and I must confess that seeing the sting of Scorpius hanging vertically above the horizon at this time of year is one of my secret astronomical indulgences. Given that it’s Nigella week on ‘Masterchef’, why not indulge your own celestial appetite by feasting your eyes on the western sky in the next few days. 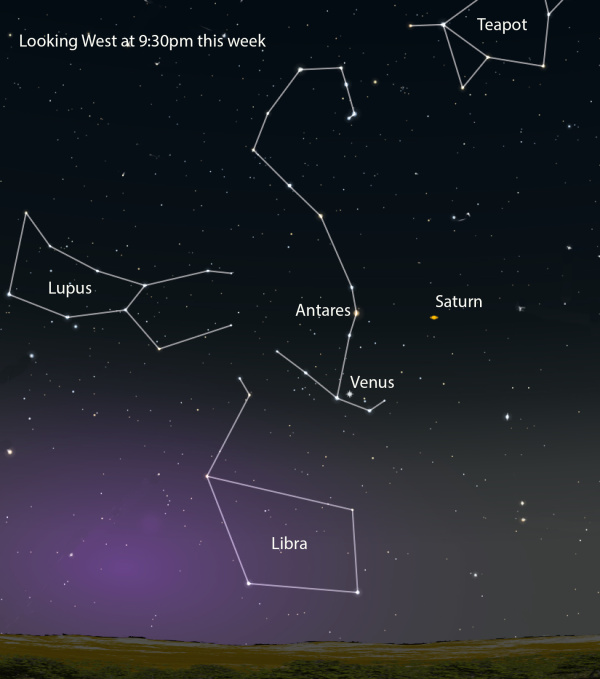