HE TAOKA O TE RĀ (OBJECT OF THE DAY)

The moa was a flightless bird similar to the emu of Australia and the rhea of South America. They lived exclusively in New Zealand and became extinct about 600 years ago.

Moa are a member of the ratite group of birds.  The word ‘ratite’ comes from the Latin ratis meaning ‘raft’, referring to their raft-like sternum that doesn’t have a keel like other birds.

The Otago Museum’s upland moa (Megalapteryx didinus) was recovered by two hunters in a small cave in the Humboldt Mountains of Fiordland in 2002.  It was found with a small blue-green egg in its pelvis, indicating that the moa was about to lay an egg when it became trapped in the cave and died.  DNA testing and carbon dating showed that the moa died about 2,000 years ago. 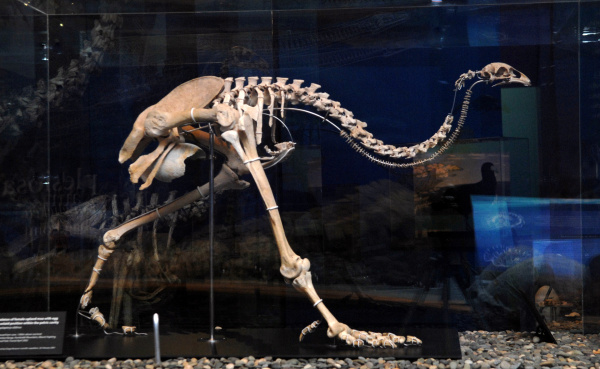 As the moa has been extinct for such a long time, there are a lot of details about the birds’ appearance that scientists are still unsure of.  For example, the exact colour of a moa’s skin and feathers is not known.  Similarly, scientists have a number of theories about the way a moa would have stood.  Most scientists now believe that moa stood with a stooped posture.

The extinction of the moa was a huge event in Māori society, particularly for the people of Te Wai Pounamu, the South Island, who relied on the birds as a source of food.  With their extinction came a realisation of the potential impacts that human interaction could have on the environment and a heightened awareness of sustainability and ecology developed as a result.  It is believed that the extinction of the moa species, including the upland moa, was a direct result of hunting and changes to their habitat. 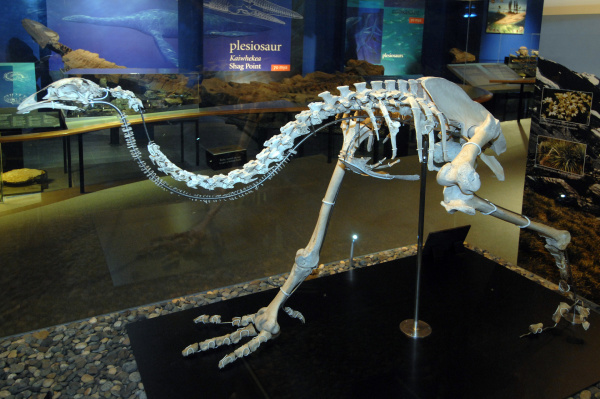 With the recognition in the late 20th century of another impending extinction, that of te reo Māori (the Māori language), many made links to the loss of the moa, using this as a warning against the loss of the language.  Many proverbs likening the language to the moa forewarned of what might potentially be lost.  One well-known whakataukī (proverb) in this vein states “Ka ngaro te reo, ka ngaro taua, pērā i te ngaro o te moa” (If the language is lost, we will be lost, as dead as the moa).