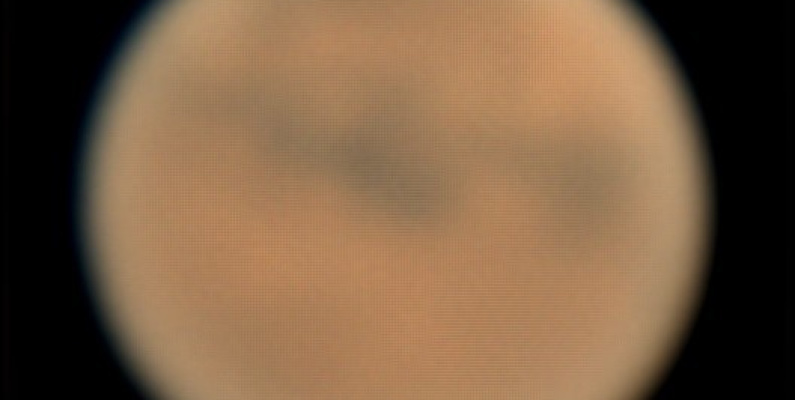 Now that the eclipse is over, the time has really come for #marsmania!

Mars is so close to Earth and bright in late July (27 to 31) that observations will be the best possible until October 2020. Subsequently, one of the most common questions we get at the Museum is “what is that bright thing in the sky?” Currently the answer is always Mars!

Early in the evening you will see Mars to the east and it will stay in our sky all night long. Tonight, the simplest way to find Mars is to look for the moon. It is full in our sky for the next few nights and this means the best rule of thumb is:

See the moon? OK. See that red thing near it? That’s Mars.

It’s just about as simple as that.

However, if you are as interested in constellations as I am, then we can get a bit more accurate in our location. Mars is currently in Capricornus. Capricornus is one of those constellations that, unless you know it is there, is virtually invisible. Sorry if your star sign is a Capricorn, but it’s just a bit of a dodgy one. So, instead of looking for Capricornus, your best bet is to look for nearby Sagittarius and Scorpius.

For once, Scorpius almost looks like what its name describes: a great Scorpion in the sky, its long stinger tail reaching out towards Sagittarius. Sagittarius is also known as the teapot, but here in the southern hemisphere it’s really the inverted teapot. Past these two constellations tonight we will find Mars. 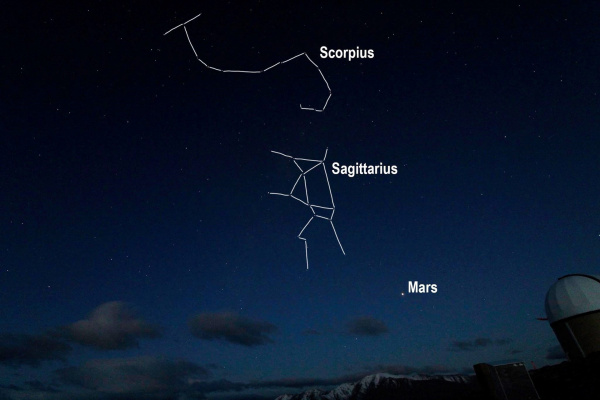 Right ascension is expressed as 24hr time, with the globe being split into 24 slices, like an orange. You could imagine right ascension as roughly equivalent to latitude here on Earth. It’s the lines going up and down the celestial sphere from the North Pole to the South Pole and you count the lines around the globe as hours. Declination is therefore equivalent to the longitude – in other words these lines run parallel to the Equator. The negative numbers count down towards the South Pole while positive numbers go up towards the North Pole.

Using these two numbers together we can pinpoint the location of Mars so precisely we can point a .6m telescope at it and get an image. 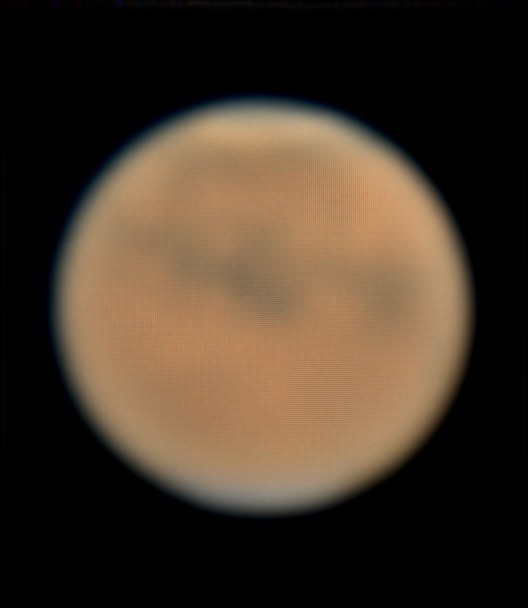 Image: Mars through the telescope.