Tiny hats like the three on display in the smallest category of est. 1868 became fashionable from about 1870, when women’s hairstyles started to become looser but also more elaborate. The hair was piled higher on the head, often with braids or ringlets at the back. Little hats perched on the front of the head, sometimes over one eye, or sat on the back of the crown, competing for attention with the fancy hairstyle.

Usually they were highly embellished with frills of ribbon, feathers, beads and flowers. Yes, the “and” means all those things at once. The little flat straw hat with the black border and rolled decoration, while gorgeous to us the way it is, may well have originally incorporated much more decoration. If it was worn tilted back, the area under the brim may have been jammed with ribbon bows or lace frills, for example. Added ornaments were often recycled from one hat to the next, so could have been removed when this hat went out of fashion. The black hat still has a little of its floral decoration attached and was possibly worn on the back of the crown over the piled up hair. 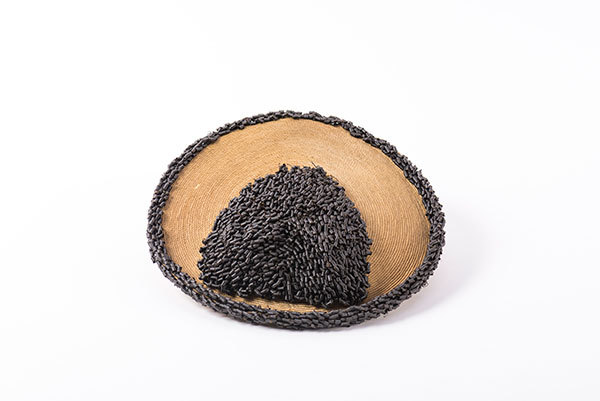 The fancy straw hat with the odd shapes may have had extra height and length added in fabric, beads, wired feathers and lace. From our 21st century fashion perspective it is difficult to imagine exactly how this hat was worn by 19th century women. Some of the finer detail of dressing and fashion inevitably gets lost over time.

These little hats may have had ribbons to tie them on to the head, which were then also removed for reuse. Alternatively they might have been held on with hatpins. Pins were first used in the 14th and 15th centuries to hold cloth wimples in place on women’s heads, but by the 19th century hatpins were a larger, longer version of sewing pins with fancy ends that became part of the hat’s decoration. As hairstyles and hats got bigger towards the end of the 19th century, hatpins became so long they were sometimes accused of being weapons. 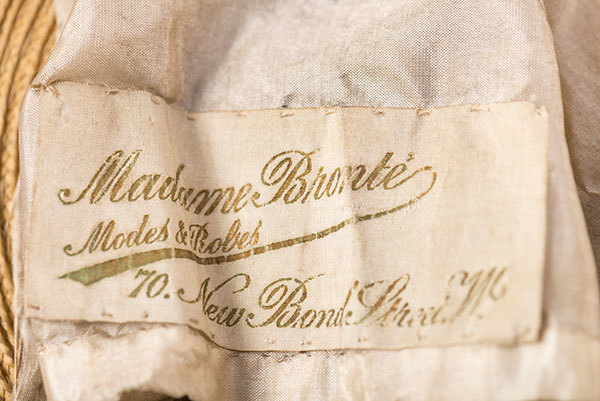 When larger hats became the rage these tiny hats lost their usefulness, but luckily someone kept them. They came to Otago Museum from needlework teacher and founder of the Otago Embroiderers’ Guild, Miss Helen Moran, who immigrated to New Zealand from Scotland in 1928. Unfortunately we don't know if they were family heirlooms or items she collected on her travels. They were made by a Madame Bronte of New Bond Street, London, who worked as a costumier as well as a milliner in the late 19th century.