The 2016 creative image for iD Dunedin Fashion week, designed by Luke Johnston and photographer David K Shields, places Milton’s model export Tommy Spence at the forefront while Clementine George smoulders in the background. The image is an interesting departure for iD’s identity, which in recent years has been a celebration of strong femininity. Last year Clementine flew solo, head flung back and body merging into delicate flowers. In 2014, Lily van Buskirk glittered in gold sequins as she bathed in aqua milk.

Introducing a male figure into the identity may reflect that there is a male audience with an appetite for fashion, as well as the increasing importance of menswear collections. Who could forget the moment in 2014 when Chin Hau Tay’s ‘Beawar Bear’ collection hit the Emerging Designers runway? And it was Steve Hall’s androgynous ‘Abandon Man’ collection that took the top prize last year.

For our 2016 iD display Time Warp, we took the lead from iD and incorporated a number of menswear items. After all, it wasn’t just women rocking 1970s styles with reckless abandon; men were also participating in the bold colourways, going home on the range or taking the dance floor to the streets with their fashion choices. 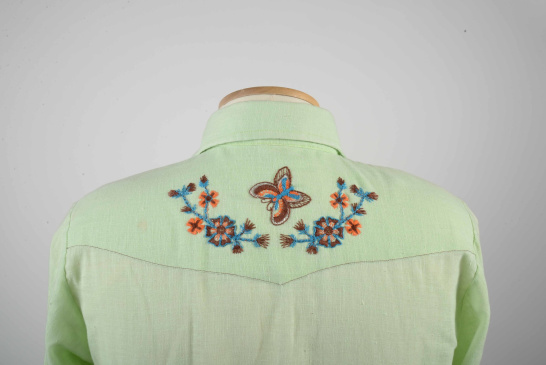 Included is a light green western-style shirt made by the Manchester Shirt Company (California), donated and worn by radio host Phil Henry. The shirt’s flower and butterfly embroidered decoration illustrates the kinds of bohemian, hippy styles common for this period. 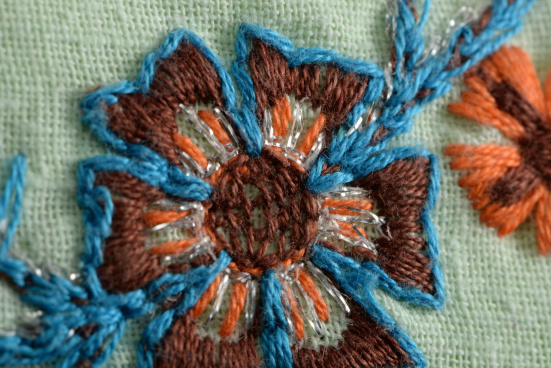 We also have on display some bold men’s ties that show the kinds of saturated colour characteristic of the decade, alongside the original packaging of a tie rack – what every organised man would need. Complementing these objects are a Bunting’s Brushes shaving brush, Gilette razor and a Simplicity pattern for a particularly snazzy looking jiffy robe.

The Time Warp cloakroom takeover is on at Otago Museum from Friday 11 March. Come see 1970s treasures, from towering cork platforms to a possum-trimmed coat, and see why the decade is still influencing designers today. 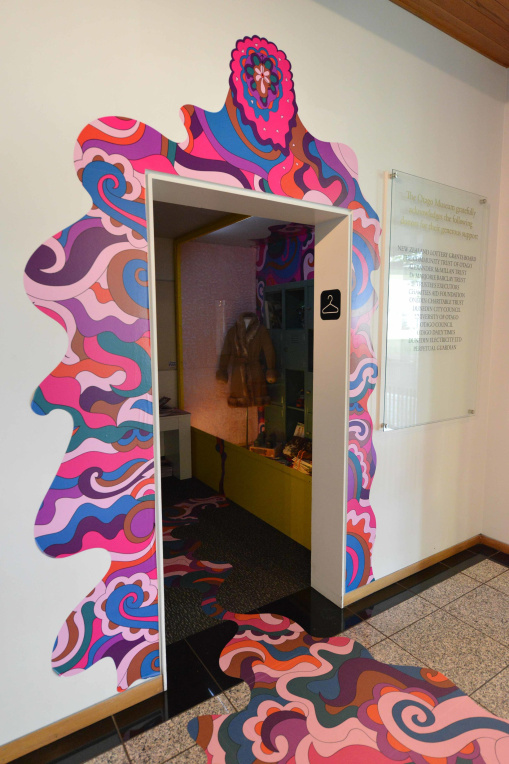 Ready to do the Time Warp again?